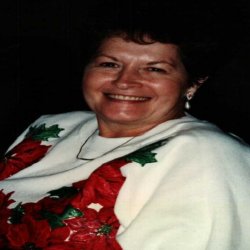 Listen to the Obituary

Corine was born on October 16, 1936, in Perry County, the daughter of the late Marion and Euretta Hammons Combs.

She was a homemaker.

Preceding Corine in death are her parents; her husband, Willie A. Pennington; her daughter, Anna E. Corbell; her sister, Kathleen Deaton; her half-brother, Bud Combs; and one great-grandchild.

Her funeral service will follow the visitation in the funeral home chapel, at 12:00 noon, with Bro. David Bullock officiating.

You are welcome to view the obituary and send condolences to the family at our website: www.southernoaksfuneralservice.com

Southern Oaks Funeral Home is entrusted with the arrangements for Corine Pennington.