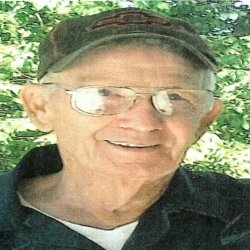 Listen to the Obituary

He was born on May 12, 1938 in the Sawyer Community to the late Joe and Telvis Anders Morgan Hamilton. He was a retired self-employed carpenter, electrician, builder, and mechanic. Clarence was of Baptist Faith and enjoyed playing the guitar. He loved his children, grandchildren, and his dog Charlie.

Visitation will be held on Sunday February 15, 2015 after 6pm in the Chapel of Southern Oaks Funeral Home.

Funeral Service will be held on Monday February 16, 2015 at 11am in the Chapel of Southern Oaks Funeral Home with Bro. Herstel Daugherty and Bro. Allen Coffey officiating.

Southern Oaks Funeral Home is in charge of arrangements.